Running in the Scottish Highlands

With marathon training in full swing, my trainers were one of the first things I packed for a few days away in the Scottish highlands this weekend (second to wine obviously).

Staying in a pretty remote, middle of nowhere cottage I was at a bit of a loss as to where to run on my first morning, but a chance encounter with the owners of our little hideaway meant they gave me some directions away from a boring old B road and on to a little hidden trail route straight from my front door. Lovely.

After a hilly mile or so, breathing in clean beautiful fresh air and admiring the view, my off road running attempt was somewhat thwarted by a flock of inquisitive sheep blocking my path. I know, I know I'm such a city girl. But there were loads of them, with demon eyes all starting at me....ahem... I continued my run back towards the road and still had a great time enjoying running somewhere new. 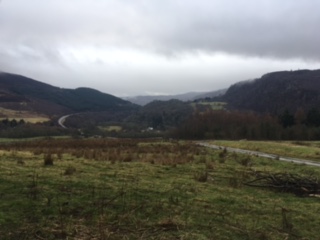 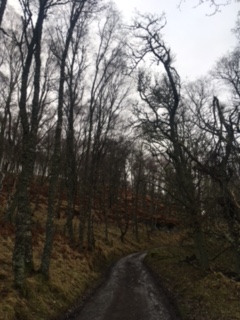 Determined not to be defeated by some livestock, a couple of days later I attempted my run again into the trails. And I was so pleased I did. I was rewarded with the most beautiful scenery; snow capped mountains, babbling brooks and nothing to hear but the sound of my breathe, the 'thud thud thud' of my feet and a whole lot of pheasants. It was breathtaking and not just because of the steep hills. Undeterred by a sign on a fence warning of 'shooting in progress' - clearly I'm more scared of sheep than being shot - I continued until I got to a river and could go no more.

I loved exploring somewhere new, running in the stillness of the countryside and having so much to look at. It was a stark contrast to running around grimy Manchester, if only all marathon training runs could be like this. 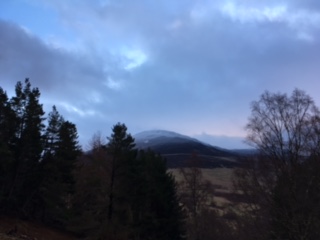 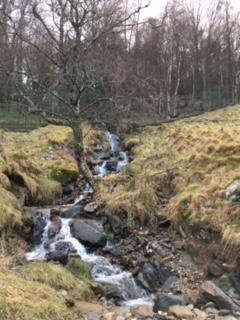 Posted by CrandonRuns at 21:04 No comments: